Learning German is easier than you think 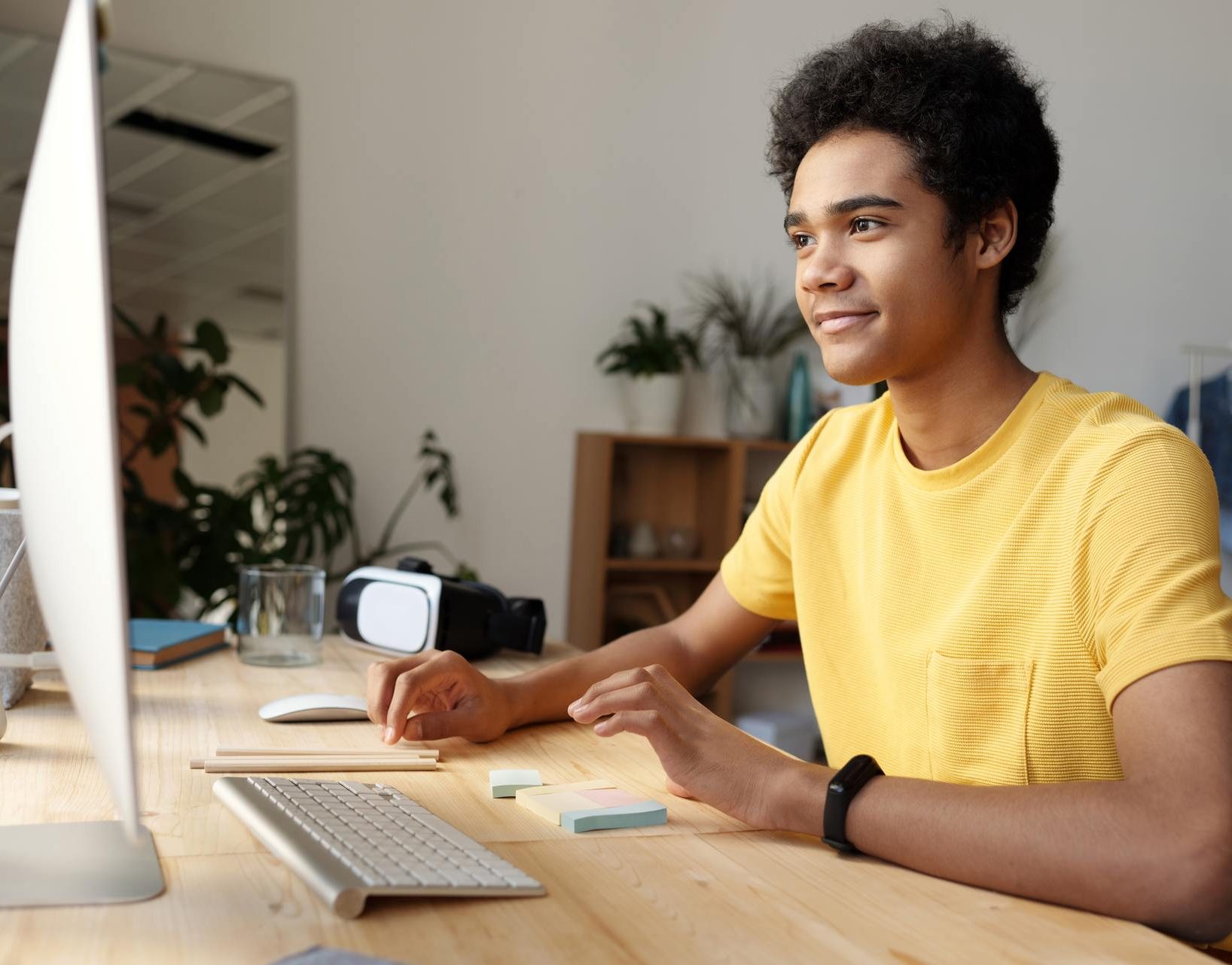 German is no harder to speak and write than other languages, despite what you may have heard. English speakers usually find German quite easy to pronounce, as both languages share common linguistic roots. That means that you can make progress quickly.

German is one the most widely spoken languages in the world with nearly 80 million native speakers across Germany, Austria, Belgium, Luxembourg and Switzerland.

German and English come from the same family of Germanic languages and some of the oldest English words can be traced back to German origins, while some modern-day German words still feature in every day English including for example: ‘waltz’, ‘dachshund’, and ‘doppelgänger’.

German is the key to a rich cultural heritage at the heart of Europe – for everyone. You might be keen to explore the vibrant culture of cities like Berlin, Munich and Cologne, or to thoroughly understand the works of Goethe, Nietzsche, Beethoven, Bach, Freud or Einstein. German acts as your personal gateway to discover all of this and to shape your vision of the world.

Learning German could enhance your career

Knowledge of German increases your job opportunities with German and foreign companies in your own country and abroad. Proficiency in German helps you to function productively for an employer with global business connections.

German is important for the tourism and hospitality industry

Tourists from German-speaking countries travel wide and far, and are the world’s biggest spenders when on holiday. They appreciate being looked after by German-speaking staff and tour guides.

Year after year, the residents of Germany spend more on foreign travel than those of any other nation. Travel agencies, tour companies, hotels, airlines, and car rental agencies that can communicate with Germans in their own language will win their business.

German is good for business

Germany has the third largest economy in the world and is the economic powerhouse of the European Union. In 2007, for the 5th year in a row and despite the strength of the euro currency, the Germans were world champions in exports. From cars to machinery and industrial equipment, from pharmaceuticals to household goods, German businesses earn 1 in 3 euros through export, and 1 in 4 jobs depend on exports.

German is in the forefront of Science and Research

German is in demand for communicators

Developments in media, information and communication technology require multilingual communicators. A wide range of important websites are in German. Considering what great innovators the Germans are, it’s not at all surprising that they maintain a dominant Internet presence.

With 8 million Internet domains, Germany’s top-level country domain .de is second only to the extension .com. Knowledge of German therefore offers you extended access to information.

Learning German is useful for travel​

Make the most of your travels not only in German-speaking countries, but in many other European countries where German is widely spoken, especially in Eastern Europe.

If you are a world traveller, you are certain to encounter Germans wherever you go, since nearly 3 out of every 4 vacations by Germans are spent in other countries. Year after year, the residents of Germany spend more on foreign travel than those of any other nation.

Learning German provides you with an insight into the way of life and the hopes and dreams of people in German speaking countries, broadening your horizon. Philosophy and the sciences would be unthinkable without the contributions of German speakers. The philosophies of Kant, Hegel, Marx, Nietzsche, and numerous others have had lasting influences on modern society. The psychologists Freud and Jung forever changed the way we think about human behaviour. Scientists from the three major German-speaking countries have won dozens of Nobel prizes in physics, chemistry, and medicine.

Knowing German allows you to access the works of these people in their original language and to fully understand the culture whence they derived. Anyone interested in these fields automatically expands their knowledge and skill by knowing German.

German is the language of Goethe, Kafka, Mozart, Bach and Beethoven. Johann Wolfgang von Goethe, Thomas Mann, Franz Kafka, and Hermann Hesse are just a few authors whose names and works are well-known internationally. 10 Nobel prizes for literature have been awarded to German, Austrian, and Swiss German authors.

The world of classical music is inseparable from the names of Mozart, Bach, Beethoven, Strauss, and Wagner to name only a few renowned German-speaking composers. Vienna remains an international centre of music today. From the magnificent architecture of medieval buildings to the avant-garde Bauhaus movement, from Dürer’s woodcuts to the expressionist masterpieces of Nolde, Kirchner, and Kokoschka, Germans have made substantial contributions to world art and architecture.

There are many opportunities to study & work in Germany

Germany awards a generous number of scholarships and other support to study in Germany. Working holiday visas are available for young foreigners from a range of countries, and special visas are offered to skilled workers and professionals.

While promoting innovation and supporting research within Germany, the Germans also recognise that international cooperation and experience is essential to its continued success as a world leader. Like German students, foreign students directly enrolled in German universities pay no tuition fees.

Throughout history Germans have proven themselves time and again to be great innovators. That trend continues today. 4 of the world’s 10 most innovative companies are located in Germany and at 12.7% of the world’s patent applications, the country ranks third in the world. Consequently, 200,000 businesses introduce new products on the market each year.

Given the Germans’ commitment to innovation, it is perhaps not surprising that two-thirds of the world’s leading international trade fairs take place in Germany. These include CeBIT, the world’s largest trade fair for information and communications technology, and the IFA consumer electronics trade fair.

Have just had my lesson with Susanne this morning and I would just like to say how much I have enjoyed these lessons with her, she is brilliant.