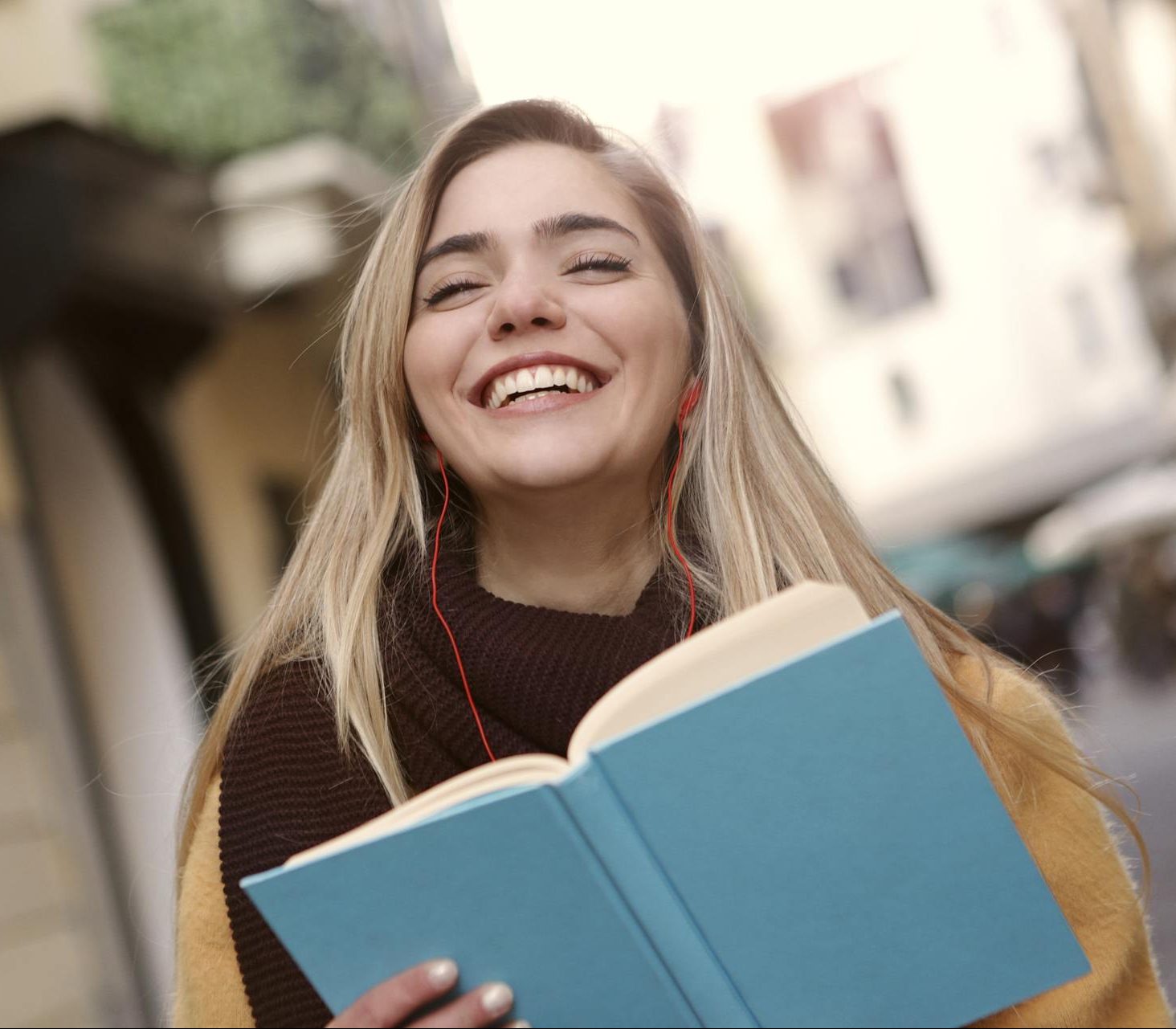 Finding a professional Portuguese tutor is easy with Talk Languages.

Before you start learning Portuguese, you need to decide whether to learn European or Brazilian Portuguese. Luckily, we’ve written a handy blog post on the differences between the two Portuguese languages, to help you decide.

Learn Portuguese online, at home, in your workplace, in the South Bank Centre, or in a quiet cafe. You choose the time and place; we will supply the teacher and arrange everything for you.

We are so proud of our Portuguese teachers! We have some very talented teachers on our team, both native European and Brazilian.

Portuguese may look a little bit like Spanish, but it sounds completely different. The Portuguese are always thrilled to find you have learned a little of their language. Portugal is Britain’s oldest ally and yet it is a country we know so little about. We are all familiar with the Algarve but there is so much more to discover: the port vaults of Oporto, the university town of Coimbra, the old coffee houses of Lisbon, the little known Minho region… Brazilian Portuguese is also becoming more popular as we spread our wings further.

More and more of us are visiting Portugal and Madeira for holidays, buying homes in Portugal or taking once in a lifetime trips to Brazil.

One of the most spoken languages in the world

Portuguese is the fourth  most spoken language in the world. Did you know that more than 240 million people speak Portuguese as their mother tongue?

If you only consider Brazil and Portugal’s populations, you already have around 217 million people who speak it! Did you know that they speak Portuguese in other countries too? In fact, there are nine member countries in the Comunidade dos Países de Língua Portuguesa which is an organisation of countries where Portuguese is widely spoken. Those member countries are: Brazil, Portugal, Angola, Cape Verde, East Timor, Equatorial Guinea, Guinea-Bissau, Mozambique and São Tomé and Príncipe.

Portuguese is a Romance language

Portuguese is a Romance language, just like Spanish, French, and Italian. If you already know one of these languages, it will be easier for you to learn Portuguese. Since all of these languages have the same origin, you will find some helpful similarities in grammar, vocabulary, and pronunciation among them.

For example, Hello is hola in Spanish and olá in Portuguese – they sound similar. The word education is educación in Spanish, éducation in French, educação in Portuguese, and educazione in Italian. In fact, if you speak English, you speak a language that shares 60% of its vocabulary with French. This can also help you learn Portuguese more easily.

If you learn Portuguese, you will be a little different. Spanish and French are two of the world’s most widely studied second languages, and so they are taught in most schools. Portuguese, though, is something special that is not widely taught – in English speaking countries, at least.

While it is true that you are more likely to run into someone that you can speak Spanish or French within your home country, if you learn Portuguese you will be able to speak a language that makes you stand out in the crowd. And this could help with your career plans too…

We are familiar with the Algarve, which is beautiful. The British have long loved it as a holiday venue. However, Porto, along with the whole of the North of Portugal, is the place where you will experience the real Portuguese lifestyle.

Porto is a historic and varied city, from the warren of narrow streets that make up the ancient Ribeira district through to the grand plaza of the Trindade district. The region is famed for the production of Port and you can visit the vast cellars that stretch along the banks of the Douro River.

“Portuenses” are the most welcoming, warm and friendly people. They will unexpectedly talk to you in a shop or at a bus stop – discover how effective it can be to try out your Portuguese language skills on them!

The biggest Portuguese-speaking country presents an enticing image of rhythm and colour, with its expansive beaches, lush rainforests, exotic plants and wildlife, vibrant music, dance and of course football!

One of the world’s most captivating places, Brazil is a country of powdery white-sand beaches, verdant rainforests and wild, rhythm-filled towns and cities. Brazil’s attractions extend from frozen-in-time colonial towns to otherworldly landscapes of red-rock canyons, thundering waterfalls and coral-fringed tropical islands. Then there’s Brazil’s biodiversity: legendary in scope, its diverse ecosystems boast the greatest collection of plant and animal species found anywhere on earth.

This is an enormous, varied and fast-developing country and, if you want the real thing, you won’t get very far without the lingo.

On the banks of the river Mondego, Coimbra is famous for its University. The oldest in Portugal and one of the oldest in Europe, which over time has shaped its image to become “the city of students”.

Coimbra is built on a hill: the university sits at the top to which all paths lead upwards. The beautiful cathedral lies half-way up. This is the Sé Velha (Old Cathedral), on whose steps the monumental serenade takes place in which students dressed in their black robes sing the Coimbra Fado (student song) with heartfelt emotion.

According to the fado, “Coimbra has more charm in the hour of parting”, but maybe it will not be necessary to wait for that to find out. Coimbra is not a city for the faint-hearted because it is very hilly. But it is also beautiful with the friendliest people you are ever likely to meet.

You need Portuguese if you want to live in Portugal

Yes, you can live in Portugal (particularly the Algarve and Lisbon) and never learn to say anything other than obrigada (thank you). But what’s the point of living in Portugal if you’re going to live in an English-speaking bubble? If you want to properly settle in Portugal and if you want to make friends here, learn to speak Portuguese.

Portugal is a great place to live and, if you don’t already live here, it’s definitely worth considering moving here thanks to its fantastic weather, low cost of living, relaxed lifestyle, and great food. Portugal is attracting people from all walks of life including retirees, expats, entrepreneurs, and tech specialists.

As well as living in Portugal for 5 years, you will need to be able to speak at least an A2 level of Portuguese if you want to become a Portuguese citizen. This is the second level in the Common European Framework of Reference for Languages (CEFR or CEFL) and classed as “Waystage or elementary”.

This is actually a very achievable level of Portuguese to acquire and a much easier requirement than many other countries have. Germany and France, in comparison, both require you to get to B1 level which would involve a lot more studying.

Portuguese is a good base language

As a nation, the Portuguese are fantastic with languages. English is widely spoken, and taught to a high standard in schools. But you’ll also find that many Portuguese speak (or understand) Spanish, Italian, French, and sometimes more obscure languages from around the world as well.

Part of this is a great study ethic, but the other reason is that Portuguese is a good base language. It has a much wider range of sounds than other similar languages like Spanish and Italian, and this is why the Portuguese find it a lot easier to learn those languages than the other way round.

The benefits of learning Portuguese as a base language does not just apply to languages like Spanish and Italian: the wide range of sounds like help you in plenty of other non-romance languages as well.

Portuguese is a beautiful language

Aside from improving your job prospects, learning a second language is just a fun thing to do. If you’re trying to decide which language you should learn, why not make it Portuguese?

With its melodic, expressive intonations, the long-drawn-out, almost plaintive vowels, the way it lends itself so well to songs of despair and longing (Portuguese has its own, not easily translated, word for the bittersweet feeling of nostalgia and melancholy associated with longing: saudades). It’s an incredibly beautiful language, and just as beautiful as French or Italian.

It’s the language of great writers: Pauo Coelho, Fernando Pessoa, Jose Saramago, Luís de Camões. If you’re looking for a language that you can easily fall in love with, consider Portuguese.

My lesson with Beth went extremely well and I’m very happy with all!